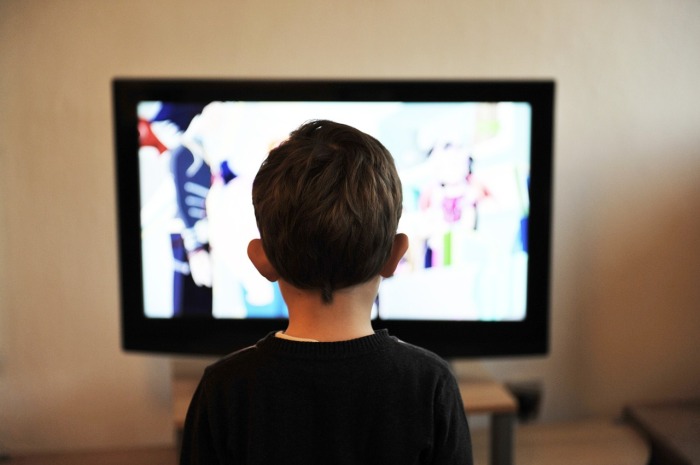 “We shouldn’t have to sneak around to watch the news,” Tricia grumbled to her husband as they sneaked around to watch the news. Their three children, ages five, seven and ten, were occupied for the moment on the swing set in the back yard. No telling what bruises and disputes would arise from this mutual occupation, but, as Ken said, “We have to grab our chance when we get it.”

Not for this couple the closed bedroom door of intimacy. Oh, they closed the door all right, but it was so they could watch, furtively and with the volume turned low, the nightly news.  Experience had taught them not to include the kids. Those questions!

“Mom, what’s a sexual predator? Is it a hunter, like Mr. Milton next door?”

“Why are all those people burning tires?”

“Why did the teacher take just that one girl on a trip? Did he like her better than the other kids?”

Even worse than the news were the commercials. How do you explain erectile dysfunction to a ten-year-old boy? What comfort can you give a seven-year-old daughter worried she has PseudoBulbar Affect? She doesn’t know what it is – who does? – but she’s pretty sure she’s got it. Then there’s the five-year-old who raised his hand in class to ask his kindergarten teacher if she was wearing Depends. They’d gotten a phone call about that one.

“There used to be rules about what could be on television,” Tricia said wistfully. “Mom told me when she was a girl there were absolutely no curse words, sex scenes, or personal hygiene ads. She said she could watch T.V. with her boyfriend and not die of embarrassment.”

“Yeah, those were the days,” Ken agreed. “Grown-ups’ programs were shown late in the evening when children were in bed and wouldn’t be watching. Now, they warn us an upcoming story ‘will have content that some may find disturbing.’ We’ve got a nanosecond to slap our hands over the kids’ eyes.”

“Were we really worse off in those censored times, do you think?” Tricia asked. “I mean, some of it was silly, like married couples could only have twin beds, and you couldn’t mention pregnancy. But do we have a better handle on things now that we let it all hang out, everywhere, all the time?”

They endured the rundown of local shootings, robberies, carjackings and accidents until Lester Holt’s wise visage appeared on the screen. Then they leaned in attentively to catch every clandestine word of the national news. But wait:  the President of the United States used a pejorative to describe football players; there were shocking additions to the nightly countdown of celebrities accused of sexual misconduct; wounded children stared desolately from Middle Eastern hospital beds; and oops, the meteorologist was falling out of her dress again.

Wearily, Ken looked at Tricia; she shrugged. He reached for the remote and hit the “off” button. Hand in hand, they went outside to play with their kids.

6 thoughts on “All the News”