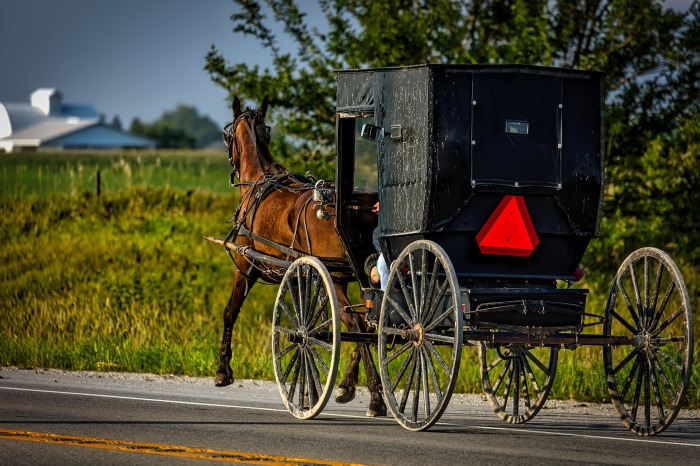 Joseph had been on duty for thirty-six hours with only snatches of sleep. Every time he settled in the residents’ bunk room his pager went off and he’d have to haul himself back to the floor to deal with a patient. He was light-headed, hungry, exhausted, and he’d never been happier in his life. Landing a residency in a teaching hospital close to home was a dream come true. In one more year he’d be ready to join Dr. Lanahan’s practice.

The latest call took him to a room in the Intensive Care unit. There a young Amish boy, Levi Yoder, lay hooked up to an array of machines that breathed for him, medicated him, and monitored his vital functions. Levi had been riding in a buggy that was hit by a car, an all-too-common occurrence on narrow country roads where cars were king. The friend riding with him was dead, and this youngster might soon join him. Joseph buttoned his white coat and took a deep breath.

He’d become accustomed to seeing the worried eyes of the family turn to him when he entered a hospital room, to feeling their fear and worry settle onto his shoulders. But he realized with a start that he knew this family. They were members of his parents’ church. They didn’t recognize him until he spoke to them in Dutch.

Joseph waited for them to turn away, refuse to speak. Instead, the air in the room seemed to expand with relief as both parents peppered him with questions in Dutch. Then they were silent while Joseph examined Levi, ordered some adjustments to his medicines, and explained the treatments that were taking place.

“His vital signs are better today.” The Dutch dialect, his first language, came back to him easily. “His injuries are serious, but he’s young and healthy. It’s too early to be sure, but I’m optimistic he’ll recover.”

He looked into the Yoders’ weary faces, now illuminated with hope. “I suggest you take turns staying with Levi so each of you can go home and get some rest. You need to keep up your strength.”

The Yoders exchanged a glance, and Joseph remembered their circumstances.

“Do you have a place to stay?” he asked.

“No. A neighbor drove us here, but we have no way to get home.”

“There’s a Ronald McDonald house within walking distance. It’s for out-of-towners who have someone in the hospital. I’ll send a social worker to help you get settled.”

As he turned to go, Levi’s father caught his arm. “Dr. Hostetler, will you pray for Levi with us?”

As Joseph bowed his head, he felt the two halves of his world click into place. The lonely boy who had for so long been a sojourner disappeared forever in that moment, replaced by the man Joseph had become. He’d make a new life for himself in his old community and spend the rest of his days doing work he loved. Patty and their future children would get to know his heritage. He was coming home.